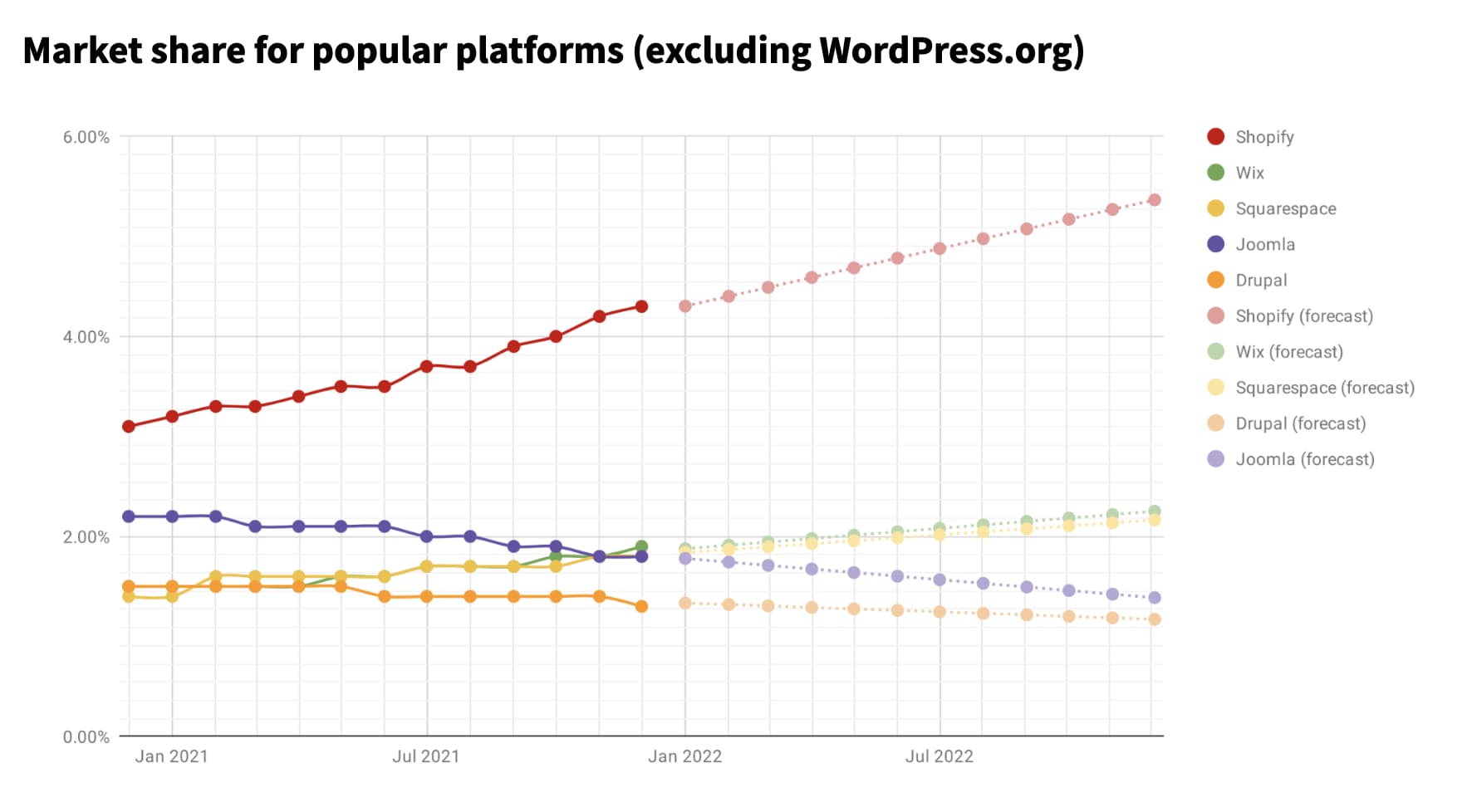 Shopify is a commerce platform that helps entrepreneurs sell online and in-person through an ecommerce store, various social sales channels, and brick-and-mortar through Shopify POS.

What else is there to know about Shopify as a product and as a company? This report will share all of the latest Shopify statistics that are publicly available as of this year.

Data for this story was collected from information published on Shopify’s Newsroom and the company’s most recent Economic Impact Report. The source for the featured image is Joost.blog.