Home » How Many New Businesses Are Started Each Year? Data Reveals the Answer. 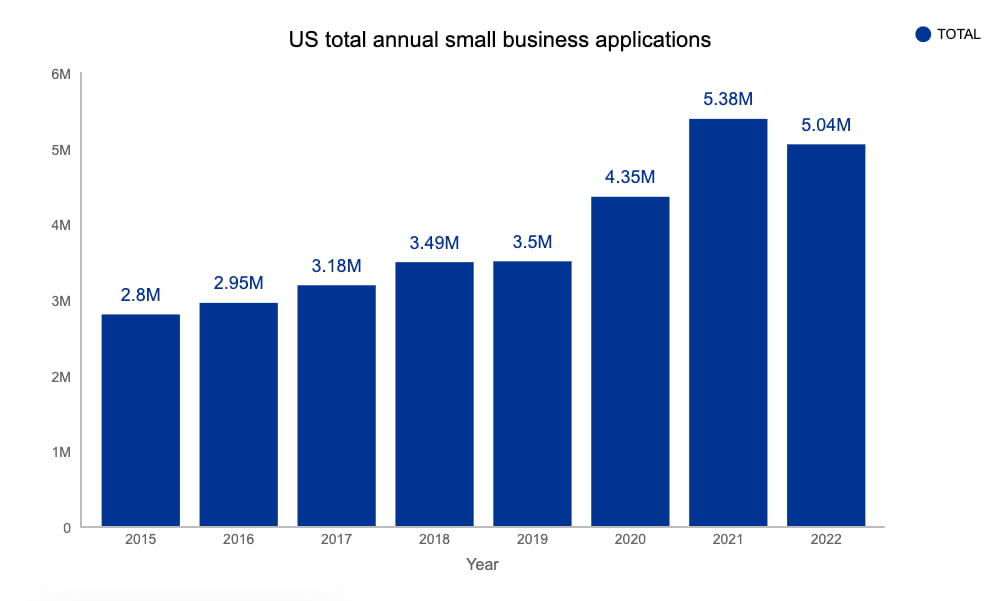 Data from the US Census Bureau shows that an average of 4.4 million businesses are started every year. That average is from the past five years of business formation data in the United States.

The onset of the pandemic in 2020 has driven a surge in new business creation, so the number of new businesses is trending up. According to data from the US Census Bureau, 5.4 million new business applications were filed in 2021, which is the highest of any year on record and a 53% increase from 2019.

How many businesses are created each year?

Of course, not all of these newly formed businesses will stick around—many won’t even last past their first year. In fact, research from the US Small Business Administration shows that the average failure rate for new businesses is the following:

New businesses started during the pandemic 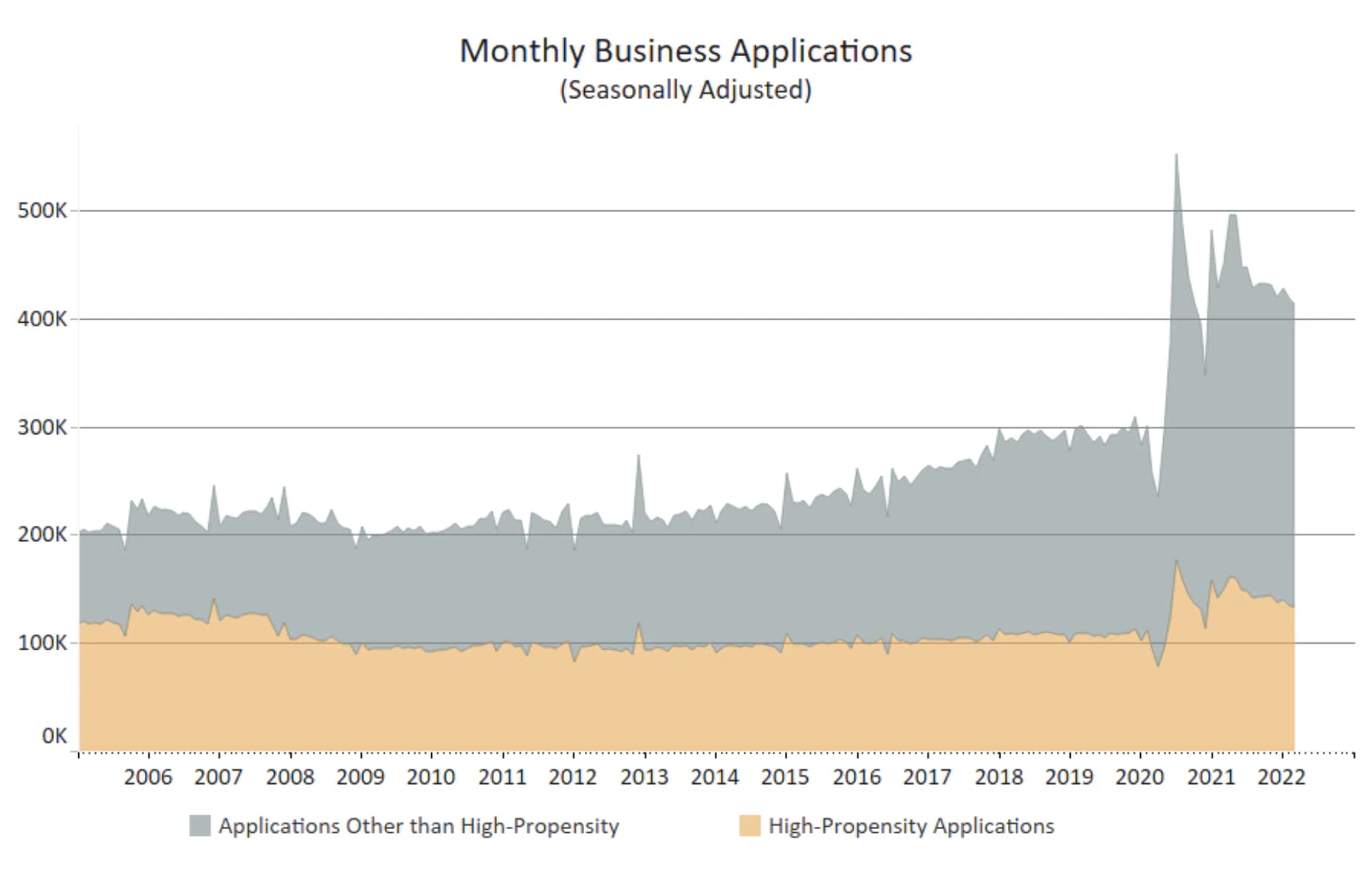 However, the data shows new formations are cooling down, as the number of new business applications in Q1 2022 is 8.1% lower than in Q1 2021. This data can be pulled here.

Why have so many new businesses been created in the past two years? The prevailing theory after the numbers started to rise was that there was a backlog of business applications held up by the pandemic.

That was slightly true, but the number of backlogged cases was small and not the main driver of the increase. An analysis published by The Economist argued that the pandemic provided both the motive to start (with millions of people losing their jobs) and the means to start (via stimulus checks and high unemployment insurance) that drove this entrepreneurial awakening.

The 2022 numbers show that the increase in new business formations was not a temporary trend, but we’ll need more time to determine what the new baseline is this year and beyond.