Home » What Percentage of Small Businesses Fail Each Year? Fewer Than You Think. 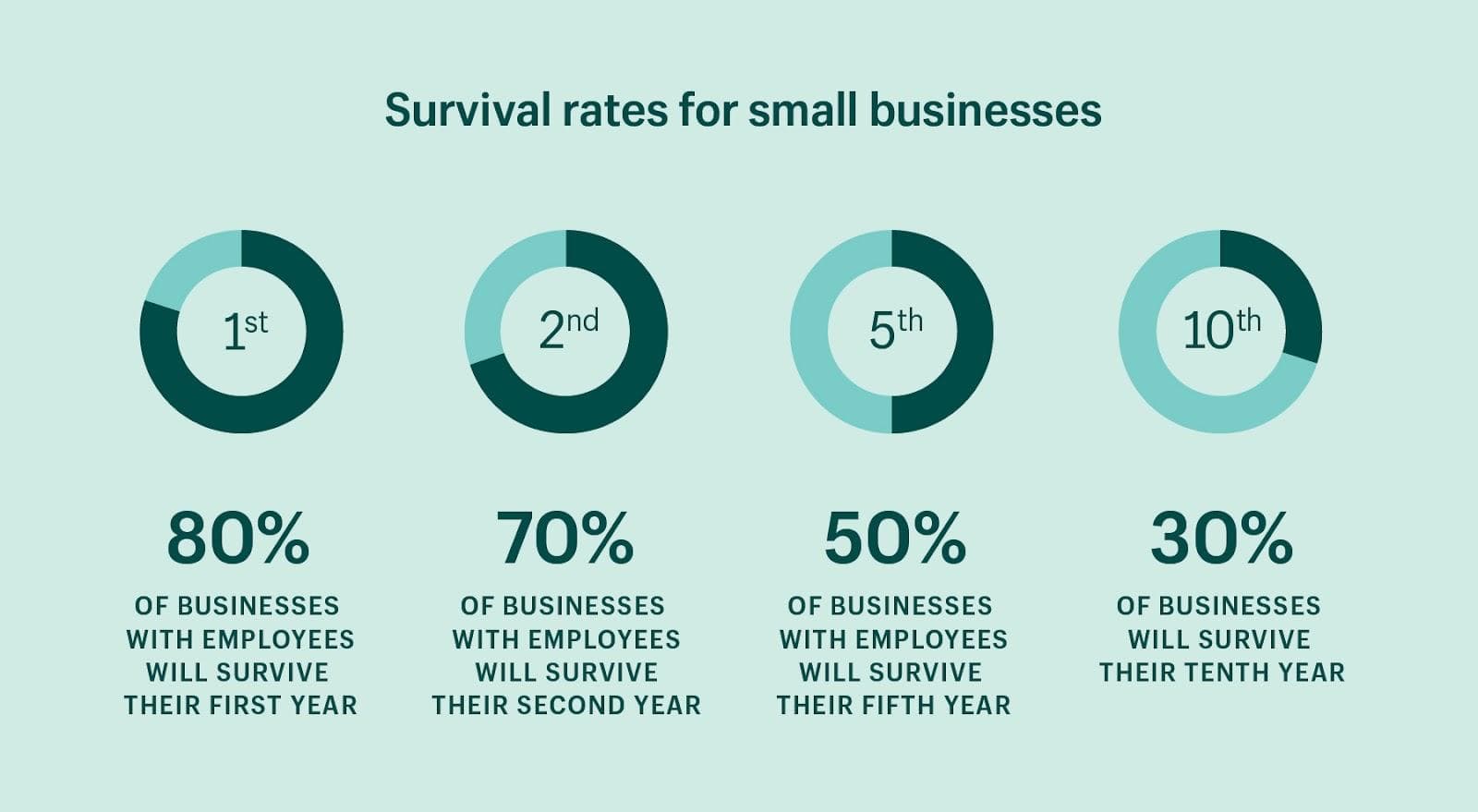 That’s a much better survival rate than the frequently cited myth that 50% of businesses fail in their first year. They don’t. However, starting a business and going the distance is obviously quite hard and success is far from guaranteed.

Figuring out why small businesses fail is a bit trickier because “failure” as defined by these statistics is simply the business no longer existing—anything else will have to be self-reported by the founder, and that isn’t always reliable.

CB Insights research based on over 100 startup post-mortems found these reasons listed most often for why the founder thought the business failed:

For example, Partake Foods was founded by a mother who wanted to find snacks for her daughter, who is allergic to gluten. Partake now provides gluten-free, vegan, and non-GMO cookies—a differentiating factor that helped them stand out in the crowded snacks vertical.

The other market factor to consider is whether a product category is growing or slowly declining. Generally speaking, there are four types of good product categories based on what trajectory they’re on:

Outside of poor sales, the main reason businesses run out of cash is due to bad forecasting. Forecasting is the process of predicting future sales and expenses based on historical data. If you don’t have any historical data, you can still base forecasts on expectations and quickly update your forecasts as you get real data.

Forecasting may not be the most glamorous work, but it’s essential to the health of any business and much easier to control than your direct sales.

3. Not the right team

Starting a business requires a certain level of heroics—as the founder, you’ll be wearing a lot of hats. But any founder working with a co-founder, early contractors, or early employees knows that business really becomes a team sport. The primary reasons teams don’t work out are (A) a poor mismatch and overlap of skills and (B) poor team culture and cohesion.

Be wary of hiring your friends or people you personally like, and instead try to hire scrappy, resourceful people who help shore up your strengths in areas that matter to the business. E.g., if you’re already a strong marketer, but your business relies on streamlined operations, you might look to hire in that area to round out your team.

Read this next: How Many Businesses Are Started Every Year?